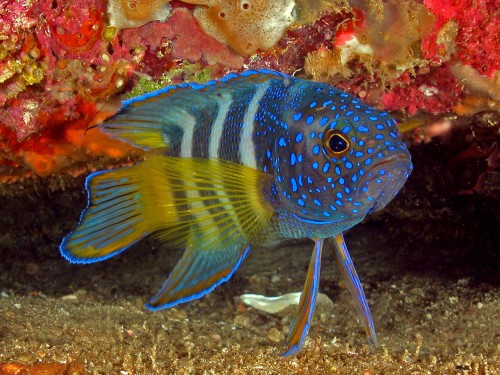 On the southern edge of Wollongong, Bushrangers Bay Aquatic Reserve can be found on Bass Point in Shellharbour. The reserve is approximately 3 hectares  in size and is located at the eastern end of Bass Point, approximately 4 kilometers south of Shellharbour on the NSW south coast. Completely protected on three sides, and only accessible to the sea from a small opening, the small three hectare reserve is largely sheltered from the elements.

Shaped like a figure eight, the inner bay reaches a maximum depth of six metres while the outer bay drops to 18 metres.  The two bays offer different snorkelling and diving experiences, with the shallow bay consisting of intertidal rock pools which are home to many small critters, and the sheltered deeper waters home to many species of fish life as well as temperate and seasonal visitors.

How to get there

Follow Boollwarroo Parade, Shellharbour, into Bass Point Tourist Road to the end where there is a small parking area.