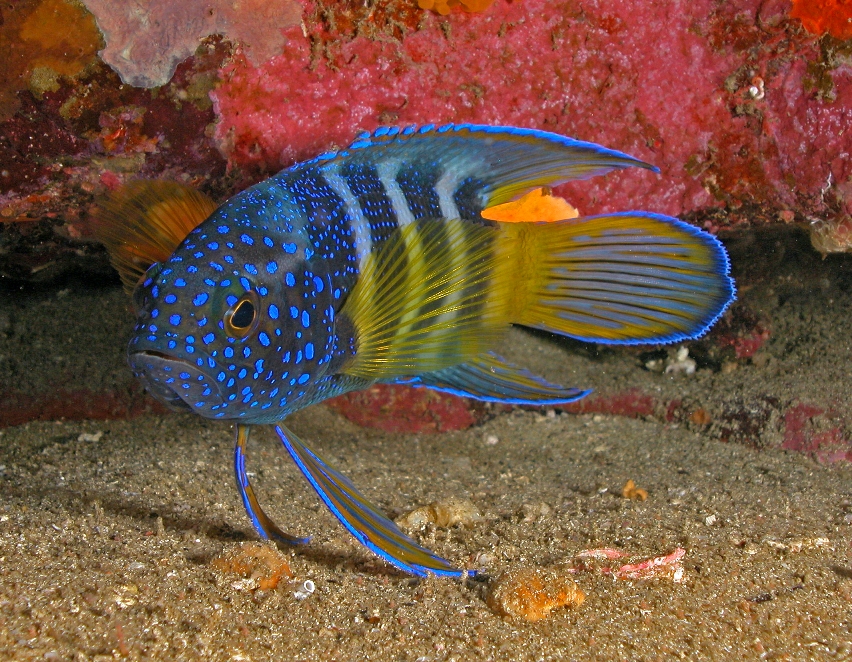 The Eastern Blue Devil Fish (Paraplesiops bleekeri) is also known as the Bleeker's Blue Devil Fish and is one of the most beautiful fish species in Australian waters.  It is a shy, secretive fish that can be found living inside caves and under ledges in inshore reefs of NSW estuaries and offshore waters from depths of 3 to 40 metres. It occurs on the east coast from southern Queensland to Montague Island, but is most common in NSW from Port Stephens southwards to Ulladulla. Within the Port Stephens-Great Lakes Marine Park it can occasionally be seen on the rocky reefs of Broughton Island and Seal Rocks and there is also one that resides at the Halifax Park divesite.

They are fecund breeders, however juveniles are rarely seen. They are often solitary and are most active during the night however little is known about their diet. The Eastern Blue Devil Fish is a protected fish species in New South Wales, and there are heavy penalties for taking, selling or possessing them. This species is popular with divers and photographers because of its striking iridescent blue and yellow markings which looking stunning when lit up by the flashes of underwater photographers.

David Harasti is the Research Scientist with the Port Stephens-Great Lakes Marine Park. 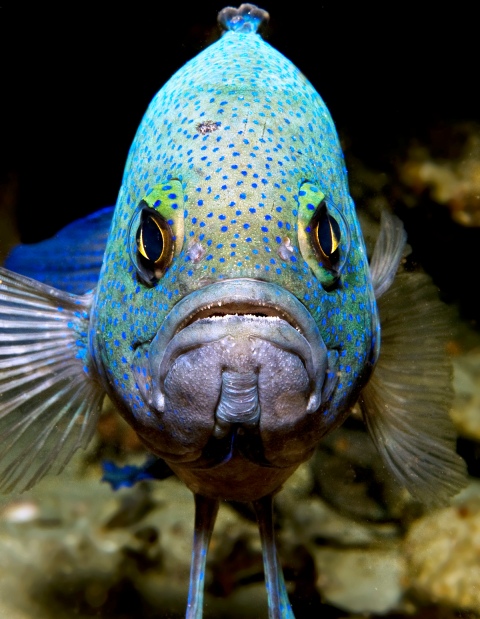